Arnold Mindell developed Process Oriented-Psychology (also known as Process Work) over the last 25 years. Mindell came as a young physicist to Zurich , Switzerland in the sixties to study modern physics at the Zurich University . He got in touch with a Jungian analyst, one of C.G. Jung's students. He started to study at the Jung Institute and to follow his dream about combining psychology and physics.

Mindell, a creative and daring spirit, soon started to develop and teach his own ideas at the institute. In 1983 Mindell and some of his colleagues and students founded the Research Society of Process-Oriented Psychology. Process Work has its roots in mythology, Taoism, alchemy, Jungian psychology and modern physics.

Process Work focuses on whatever is "in process," and ever changing. There is a basic belief that whatever is happening contains meaning which can be useful when unfolded and understood. The process is the flow and ever changing continuation of life. The idea of state and process are contradictory, yet both can be useful in Process-Oriented Psychology. A momentary state can give us an indication of the process. The state is like a frozen picture of a film that is rolling.

Process Work's underlying philosophy assumes that there is an implicit drive in nature towards wholeness: unintentional material wants to be noticed and lived. This material  shows itself  in different modes or channels. Similar to a radio with different channels through which it receives and transmits information, we receive information from the unconscious through different channels.

Dreams, visions and hallucinations are sent through the visual channel; inner voices, music or noises through audition; body symptoms through proprioception (body feeling); involuntary movements, tics and twitches though kinesthesia (movement); gossip, relationship problems through the relationship channel (composed of the above channels) and when we are troubled by the environment and world events or we experience synchronicities, the information is coming through the world channel (composed of all of the above channels).

Mindell (1982, 1985, 1989, 1993) created the term "Dreambody" when he discovered that our body symptoms are mirrored in our dreams and vice versa. Mindell writes: "The dreambody  stands for the total, multi-channeled personality. It expresses itself in any one or all of the possible channels." (1985, p.39)

In working with people Process Work uses an experiential and phenomenological approach. The actual experience and the specific sensory-grounded information of the client is very important to the therapist. The exact way someone is experiencing a problem gives an indication of how to unfold the process. Mindell (1985) discovered through close observation of people's bodily reactions that the body tries to amplify its own experiences. As he watched people with a headache shake their head, people with eczema scratch their skin and his son break off a scab on his knee, he realized that the body's natural reaction to disturbances is to amplify them.

By amplifying a person's experience the process can be unfolded in different channels ( modes of expreince: visual, auditory, movement, body sensations, relationships and the world) . For example, if a person experiences pain as a pressure, the pressure can be amplified by pressing more on the particular place until the person experiences a sudden channel change and sees an internal picture that contains the same information. Mindell writes: "The basic idea of amplification is to discover the channel in which a dream or body process is trying to manifest itself, and to amplify according to the channel." (1985, p.9)

Amplification of disturbance increases awareness, helps the process emerge and enables the person to step into the flow of experience. As long as I speak about an experience, I am not fully in it. The idea of amplifying the experience of the very things that bother us is radical to the western attitude which mostly wants to get rid of disturbances. Alchemists used amplification centuries ago when they increased the fire under the pot of the prima materia in order to transform it into gold.

Jan Dworkin says in her thesis on alchemy and Process Work:

"Process Workers like Alchemists want to create gold. They want to amplify the conflicting tendencies in the prima materia in order to discover purpose and significance in all the parts and find a way to bring the contrasting tendencies into relationship with each other, in such a way that the client's situation is no longer painful and meaningless." (1984, p. 21)

To really sense our deeper selves, you have to enter and "cook" the experience until it will transform into something new that makes you surprised or excited or brings new  meaning into your life. 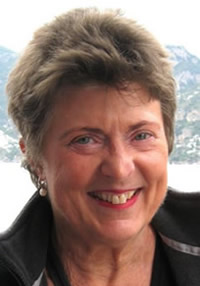 Silvia Camastral is a process-oriented psychotherapist with over 20 years of counselling experience.

"Coaching with Silvia over the
last 10 years has been the
mainstay of my personal and
business success.

Silvia's extensive skills and
experience have helped me
pursue my individual pathway
to a satisfying and poductive life.”

Chris Walton
Managing Director, Landmatters
(Developer of the multi-award winning
“The Ecovillage" at Currumbin,
Recipient of the Minister's for the Environment Award for Leadership in Business Sustainability, Gold Coast)